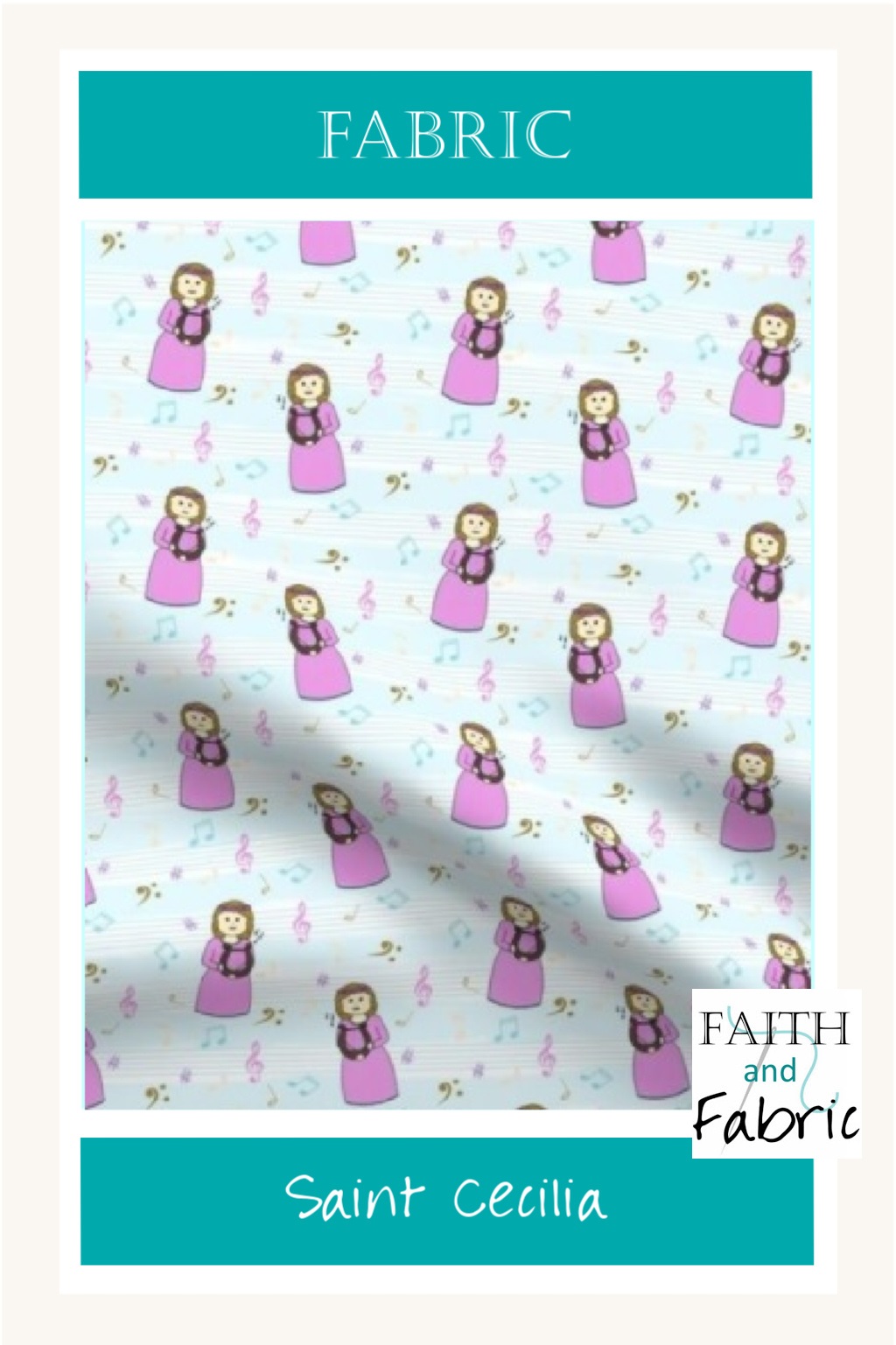 Saint Cecilia, celebrated since the fourth century, is the patron saint of musicians. Cecilia was a noble lady of Rome who, alongside her husband Valerian, his brother Tiburtius, and a Roman soldier named Maximus, was martyrdom around the year 230 AD under Emperor Alexander Severus (though other sources indicate she may have been martyred in Sicily under the Emperor Marcus Aurelius between 176 and 180).

Cecilia came to marriage as an unwilling bride…despite her vow of virginity, she was forced to marry a then-pagan nobleman named Valerian. During their wedding, Cecilia – though notably concerned – sat apart from the crowd and sang to God in her heart. It’s for this that she is known as the saint of music.

All fabrics are available year-round in our shop and can be delivered to you in any quantity (from fat quarter to several yards).  Can’t wait to see what you make!

*Please note that I purposely blurs the images displayed on your screen to protect copyrights. The images on the printed fabric are crisp and clear.

(Visited 296 times, 1 visits today)
Previous Post: « Book Review: Be Yourself and Prompt Me to Pray
Next Post: Movie Review: PRAY »