Please allow up to 14 days for fabrics purchased in our shop - thank you! 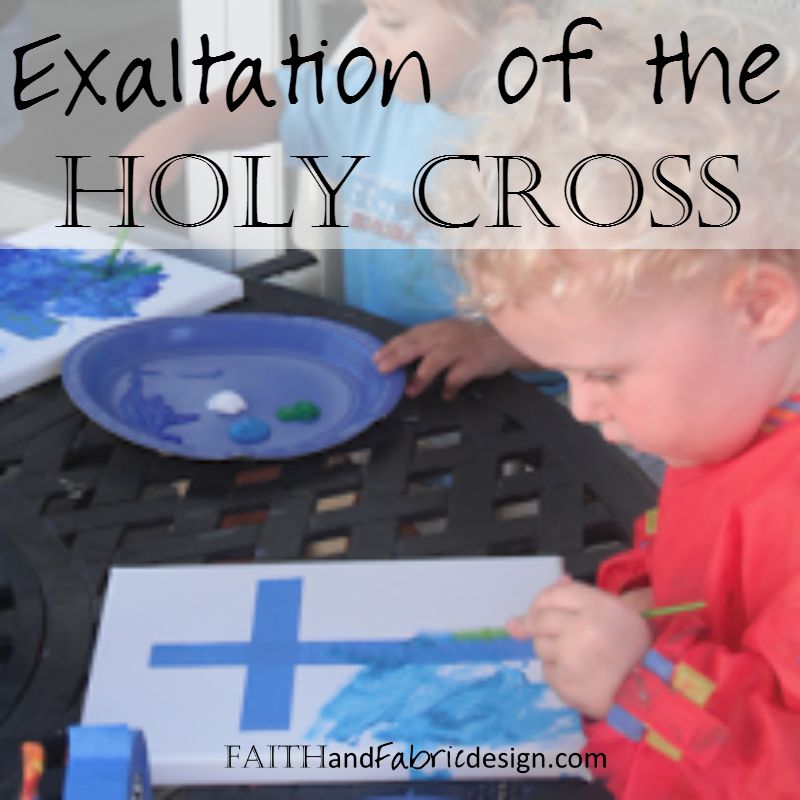 September 14th marks an important feast day, and we have an Exaltation of the Holy Cross activity to help you celebrate! First, a bit of background on this feast day.

To Christians worldwide, the cross symbolizes the essence of their faith: that by the cross Christ died and yet rose again. The cross became a symbol of Christ’s resurrection and our salvation a very long time ago during the time that Constantine ruled over the Roman Empire. It was actually Constantine’s mother who, during a pilgrimage to Jerusalem, had the Temple of Aphrodite taken which (tradition holds) was built atop Christ’s tomb. As the workers were  removing the rubble and constructing the Basilica of the Holy Sepulcher, they unearthed the remains of three crosses. A local woman, near death, came about and touched one of the crosses, and was healed. Almost immediately the cross became the symbol of modern-day Christianity, and it is celebrated each year on September 14th – the dedication date of the Basilica of the Holy Sepulcher.

Today’s Exaltation of the Holy Cross activity / project is a wonderful one perfect for young toddlers all the way through adults. To be honest, I think the moms that helped their toddlers paint (as shown below) had just as much fun as the little guys! This is a great project to do either as individuals or as a group – we did it as a group with six of our little friends and all had so much fun. 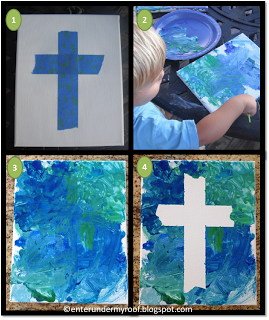 “How splendid the cross of Christ! It brings life, not death; light, not darkness; Paradise, not its loss. It is the wood on which the Lord, like a great warrior, was wounded in hands and feet and side, but healed thereby our wounds. A tree has destroyed us, a tree now brought us life” (Theodore of Studios). 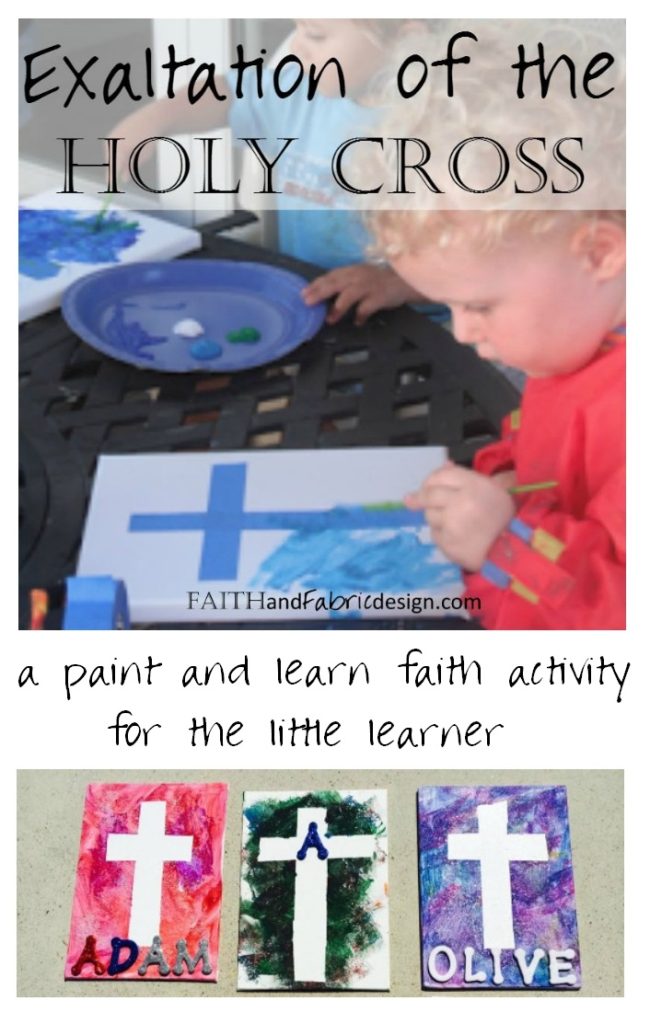 Just for fun, this post links up at these great Catholic and quilting sites!

« Book Club (and GIVEAWAY!): My Mama and Me by Crystal Bowman and Teri McKinley
Book Club: Egree’s Journey (a children’s book) by Judy C. Smith » 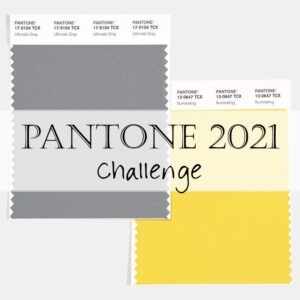 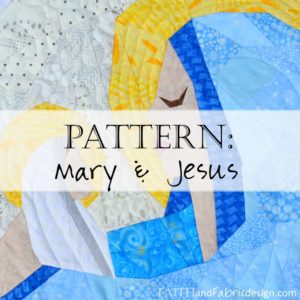 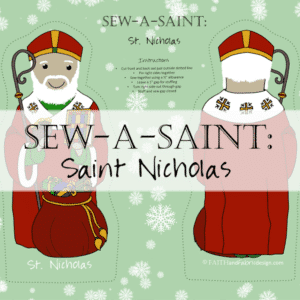