Welcome to Faith and Fabric! Take a look at all our Christian Quilt Patterns Here
Bible Study: Genesis Chapters 12-15

Well…fourth night in and we already goofed. Somehow we did the reading for January 16th – we should have read Job last night, so we’ll do that tonight. I’m just happy we’re still sticking with our plan.

Tonight’s readings focused on Abram, his nephew Lot, the war of the four kings, and the promise from God to Abram around his (many) future descendants. Our thoughts:

1. Gen.12: 11-20. I totally understood Abram wanting to save his own life, but was bothered by the fact that to do so he “let” his wife be taken in AS A WIFE to the Pharaoh. I can’t imagine what that must have emotionally been like to go through. There’s no mention of time, but it must have gone on for a while as the text mentions that the Lord struck the Pharaoh’s home with great plagues – note the plural of plagues – so there had to be enough time for multiple plagues to make their way through the home. I’d imagine some good couples counseling is needed once she is found to be his wife and they are escorted away! Actually, I was surprised they let Abram go unscathed. I would have figured the Pharaoh would have been *quite* angry at having been deceived and lied to – am genuinely surprised he was let go so easily (“they escorted him away, with his wife, and all that belonged to him.”).

2. Gen.13: 8-11. I like Abram (point above aside). He saw that there was unnecessary conflict between his tribe and that of his nephew, Lot, so he nicely told Lot they should split up – and that Lot could chose whatever direction he wanted to go in and he (Abram) would go in the opposite. Seriously, nice guy here. Lot wasn’t quite as nice – he chose the nicer area of the Jordan peninsula for himself. I did like how the Lord came back and, recognizing Abram’s goodness, gave him the promise of descendants.

3. Gen.14: 1-16. Admitting here we struggled with the reading. It’s funny…I’m sure this is really important information, but we found we are more enraptured by the “story” portions as opposed to the “who’s who” sections. It was interesting to note this was the first mention of a war that we’ve come across, so – since we’re reading this chronologically – this is the first war story ever written! That makes this “story” much more interesting. As for the story itself…it came out here once Lot was captured – and his amazing uncle Abram comes to rescue him. This wasn’t a superman solo-action-hero kind of rescue, either – Abram came with 318 of his trained men! That’s seriously an awesome uncle to have. It makes me sad to think of modern day when families are so spread apart that siblings barely see/know each other let alone nieces/nephews.

5. Gen.15: 9-11. I’m not sure why blood was requested as a sacrifice. Truly don’t understand this, and fail to see why animal sacrifice was directly requested by God. So…I turned to The Google and it turns out I’m not the first person to ask this question! “Why did God ask for animal sacrifice?” The first link that came up actually had a really interesting explanation. It said that most Israelites (or, in this case, Canaanites) were still susceptible to worshiping animals as the One True God hadn’t yet been fully…established, if you will. By having people sacrifice the very animals they used to worship, it ensured there wasn’t a tie/bond. Interesting perspective.

…and that’s where we end tonight. 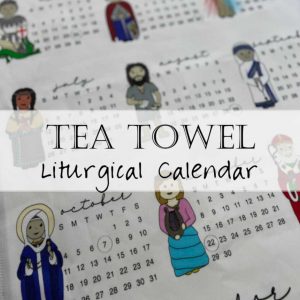